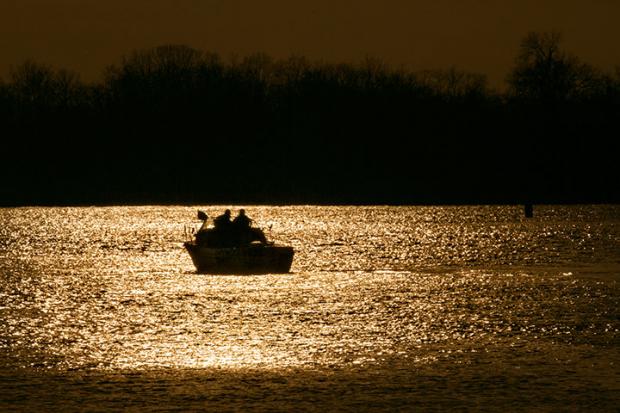 Boaters enjoy the unseasonable warmth on March 9th at the Bordentown Beach water access leading to Crosswicks Creek and the Deleware River (photo by Michael Mancuso/NJ.com).

Mild and dry conditions prevailed throughout the Garden State during most of March. This included record-breaking early-season warmth, only one event that dropped more than an inch of rain over multiple locations, and a few minor forest fires. There were also two episodes of measurable snow that focused on coastal counties and 11 days where winds gusted to 40 mph or higher somewhere in the state. The statewide average temperature of 46.7° was 5.6° above the 1981–2010 average. This ranks as the 6th mildest March since 1895 (Table 1). Precipitation averaged 2.09”. This is 2.14” below normal and ranks as the 13th driest March (Table 2).

March snowfall average 2.4” across the state, which is 1.9” below average. Northern counties saw only 0.8”, which is 5.3” below normal, while the central portion of the state received 1.6” (3.3” below normal). The southern counties were the winners, averaging 0.7” above normal at 3.7”. While snow may fall in April (the morning of April 3rd saw 2.7” at Highland Lakes [Sussex County]), a look at what are likely close to the final seasonal totals includes a statewide average of 27.9”, which is 1.8” above normal. North Jersey took it on the chin, with an average of 26.3”, some 8.4” below average. Central NJ was the winner at 31.0”, 4.0” above normal. Meanwhile the south Jersey total of 27.1” exceeded that of the north, even in an absolute sense, and was 7.1” above normal.

On occasion, the thermometer reminded us that despite this being a much milder-than-normal month, with the growing season as much as 10 days to two weeks ahead of normal, there was still some cold air that could arrive from the north. On 13 days the lowest temperatures fell to 25° or below at one or more locations. This included the first seven days of the month, beginning with High Point Monument (Sussex) falling to 23° on the 1st and the nearby High Point (Sussex) station at 25°. These two stations reached 17° and 19°, respectively, on the 2nd. They came in at 14° and 15° on the 3rd, when 51 of the 59 NJWxNet stations were 25° or colder. West Cape May (Cape May) was mildest at 29°. The 4th saw the Monument at 16° and High Point 17°. The 5th found Walpack (Sussex) down to 14° and Pequest (Warren) and High Point Monument 16°. This was the last day of the month with every NJWxNet station at some point below the freezing mark. The 6th saw Walpack down to 16° and Pequest 19°, while Atlantic City Marina (Atlantic) only fell to 34°. Walpack was 19° and three stations 20° on the 7th.

Impressive warmth enveloped much of New Jersey on 11 March afternoons. Except near the coast, where the slow-to-warm water helped keep air temperatures in the 50°s and 60°s, the 70° mark was eclipsed on at least one day. This even included High Point Monument, where it got up to 74°on the 9th. The 70° warmth arrived on the 8th, with Sicklerville (Camden) up to 76° and six stations at 75°. In some locations, the 9th and 10th were the two warmest days for so early in the season since at least the late 1800’s. The 9th found Sicklerville, Hamilton (Mercer), and Toms River (Ocean) topping out at 83°, followed by 27 NJWxNet stations between 80°–82°. Harvey Cedars (Ocean) only made it up to 57° that day, while Walpack ranged from a morning low of 29° to an afternoon high of 80°. The 10th was slightly warmer. Sicklerville reached 84°, with six stations at 83° and 25 between 80°–82°. The sea breeze took longer to develop on the 10th, thus coastal temperatures topped out higher, with Bivalve (Cumberland) having the coolest maximum at 66°. Remarkably, Oceanport (Monmouth) and Point Pleasant (Ocean) had warm daily lows of 61° and 60°, respectively, on the 9th. The back-to-back 82° and 83° days at the New Brunswick (Middlesex) NWS Cooperative station were the earliest days on record above 76°. Previously, the first day above that mark had been 83° on March 14, 1990. 82° is the average maximum at New Brunswick on June 19th!

There were not any NJ CoCoRaHS or NWS Cooperative stations that saw March totals approach 4.00”. Lacey Township (Ocean) managed to pick up 3.56”, tops in the state. Sea Isle City (Cape May) was close behind with 3.54”, followed by Berkeley Township with 3.37” and Egg Harbor Township (Atlantic) at 3.28”. On the short end were stations scattered around north Jersey. They included 0.79” at Bloomingdale (Passaic), Jefferson Township (Morris) at 0.84”, Oxford (Warren) at 0.89”, and Wantage and Hackettstown (Warren) each with 0.91”.

Before the first rain of the month fell, fire fighters in Cumberland County had to deal with a fire in Maurice River Township that consumed about 75 acres on the 1st. Some widespread light rain early on the 2nd likely assisted fighting efforts a bit, though totals were generally only in the 0.25” range. The highest total was in Hillsborough (Somerset) with 0.44” at one station and 0.38” and 0.29” at two others. 0.41” fell in Montgomery (Somerset).

The morning of the 4th saw some rain, but mostly snow, fall across NJ. The heaviest totals were in coastal counties, mimicking the route of the Garden State Parkway. Of the four counties receiving at least 4.0” in one or more locations, larger totals included 6.5” in Cape May (Cape May) and 6.0” at Cape May Courthouse, 5.0” and 4.5” at two Estell Manor locations, 4.5” and 3.6” at two Toms River stations, and 4.4” in Howell. About 1.0”–2.0” fell in the NJ Turnpike corridor, with under an inch in the northwest. Rain and melted snow amounted to as much as 0.60” in Lavallette (Ocean), 0.57” at Lacey Township, and 0.48” at both Ocean City (Cape May) and Pine Beach (Ocean).

The largest monthly event totals fell from late on the 13th through the morning of the 15th. Again, the coastal counties took top honors, with Stafford Township (Ocean) coming in with 1.66”, Berkeley Township 1.63”, Lacey Township 1.60”, and Brick (Ocean) 1.43”. Also again, the northwest came up short, with only 0.17” at Montague (Sussex), Bloomingdale, and Jefferson Township.

Isolated brief thundershowers during late afternoon on the 16th and 17th brought a few tenths of an inch of rain to a few areas in north and central NJ (16th) and in the Morris County vicinity (17th). Pea size hail was observed on the 16th in Lawrence (Mercer), Hopewell (Mercer), and East Brunswick (Middlesex).

Another mixed snow and rain event that again targeted the Garden State Parkway corridor occurred from the afternoon of the 20th into the morning of the 21st. Three counties saw 2.0” or more in spots, led by Freehold and Upper Freehold (Monmouth) with 3.0” and 2.6”, respectively, followed by 2.5” at Folsom and 1.5”–2.3” at three Jackson (Ocean) locations. Rain and melted snow amounted to 0.67” in Ocean City, 0.62” and 0.49” at two Sea Isle City locations, and 0.52” at Lower Township (Cape May). Snow only accumulated over an inch southeast of the NJ Turnpike corridor up to and including Monmouth County. Nothing fell in the northwest.

The month-long dry conditions in the north helped contribute to the spread of a 60-acre forest fire in Lebanon Township (Hunterdon) on the 30th into the morning of the 31st.

The Monument reached 44 mph on the 21st, with Wantage at 42 mph. The Monument topped out at 40 mph on the 25th. The second windiest month of the year thus far (just behind the January 23rd blizzard) occurred on the 28th. High Point Monument gusted to 58 mph, Wantage 53 mph, Sea Girt 52 mph, and Red Lion (Burlington) 50 mph. Peak gusts were between 40–49 mph at 22 NJWxNet stations. Before things calmed on the 29th, the Monument reached 48 mph, Wantage 47 mph, and seven stations topped out between 40–46 mph. Wantage reached 43 mph on the 31st and Chatham Township (Morris) 41 mph. 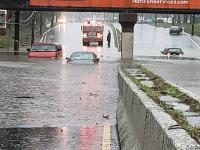 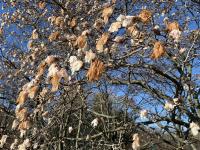 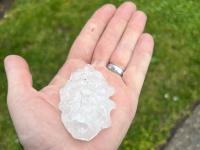 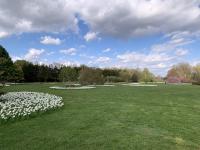 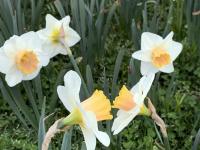 7 mph from the WSW

A slight chance of showers. Patchy fog. Otherwise, cloudy, with a high near 59. Southwest wind around 5 mph. Chance of precipitation is 20%.

Patchy fog before 1am. Otherwise, cloudy during the early evening, then gradual clearing, with a low around 44. West wind around 5 mph becoming northwest after midnight.

Partly cloudy, with a low around 31. North wind around 5 mph.

Mostly sunny, with a high near 46. North wind around 5 mph.

Mostly cloudy, with a low around 29.

Partly sunny, with a high near 44.

A chance of rain. Cloudy, with a high near 45. Chance of precipitation is 50%.

Partly cloudy, with a low around 26.

Mostly sunny, with a high near 42.

A chance of rain. Mostly cloudy, with a high near 45.